For any one of his pop-up dinners or private parties, Sayegh—the Los Angeles-based mastermind behind The Herbal Chef—has a lot on his plate, so to speak. Like any chef worth his salt, with each meal he’s engineering a coordination of flavors and textures, and strategizing the sequence of pairings and platings. What separates his kitchen from those of, say, the Michelin-starred restaurants where Sayegh gained his culinary know-how, is that he’s also considering how the infusion of CBD and THC in his dishes is shaping the perceptions of his guests. Recognized as a leader in the emerging field of cannabis cuisine, Sayegh is setting the standard for a new wave of fine cannabis dining.

For those lucky enough to attend one of his private dinners, you’ll find that no detail has been overlooked: the centerpieces, the choreography of the meal, even the aroma in the air have been carefully curated.

To ensure the best experience for his audience, Sayegh asks each guest to fill out a preliminary tolerance questionnaire. He stages the meal such that the first three or four courses build to what he calls a “euphoric plateau,” a level he aims to maintain for each guest for the remainder of the meal. This course arrangement also aligns more substantial dishes with the onset of the munchies. (A recent favorite that has our mouths watering is a salmon toast, featuring sous vide salmon, dill, creme fraiche, pink peppercorn tuile, and black garlic with a fresh baguette.) Often, these plates include ingredients Sayegh has foraged himself.

The demand for his expertise has him busy: on the day we spoke, he’d been at it for over a week straight, crafting meals for clients up and down the West Coast. He’s also shooting two shows, “Pot Pie” (now streaming online at Prohbtd) and “Braised & Confused” (coming in 2017). But Sayegh is no stranger to a hectic schedule: as an alumnus of some of the United States’ most revered kitchens, he’s well acquainted with the 16-hour workday.

Sayegh didn’t always plan on pursuing a culinary career, or becoming a game-changer in the cannabis industry. Once on a pre-med track, Sayegh shifted gears after becoming fascinated by cannabinoids in his studies. His current line of work isn’t so far removed from this initial interest, however: The Herbal Chef also carries lines of frozen meals for geriatric clients, diabetics, and patients suffering from seizures. Each meal is created under the guidance of a nutritionist, who ensures that patients are meeting their micro- and macro-nutrient requirements.

“I chose this career because it allowed me to be and do everything that I wanted in life,” Sayegh says. “I am able to help people that are sick, create amazing dishes, travel, learn, explore, and so much more.” 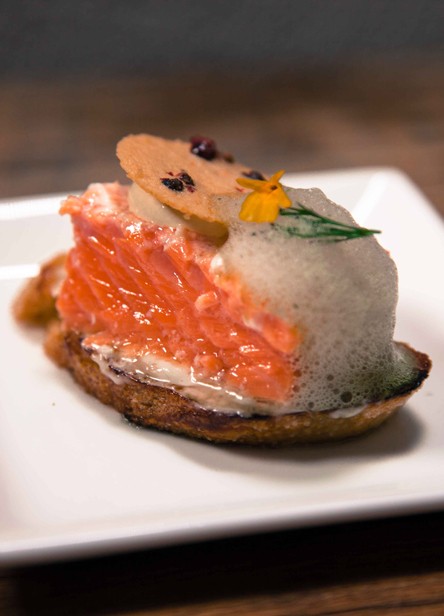 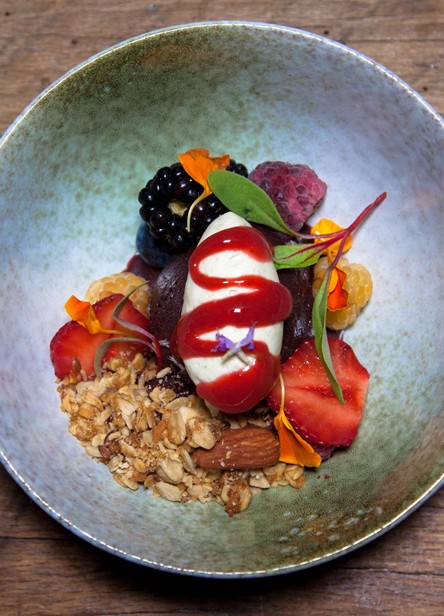 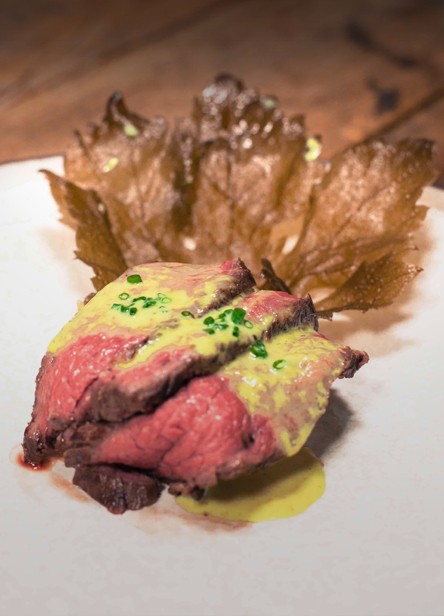