Between the longest election cycle we’ve ever witnessed, the chaos in New York and New Jersey, and the end of Brangelina (what?!!!!), it’s been one of those weeks where we’d rather have our nose in a book than the newspaper.

You’ve got to take your escape where you can find it. Myra agrees—and right now, hers is in the pages of The Irresponsible Magician, a collection of essays and fictions by Rebecca Rutkoff from the indie criticism-fiction-philosophy publishing group semiotext(e).

The Irresponsible Magician presents a series of essays focusing on relationships, art, celebrity, and media. A reader never learns which components are fiction, and which ones are authentic—or what may be a combination of the two. Ranging from personal stories, such as one about the narrator’s affair with a Frenchman, to interviews with cultural bellwethers like performance artist Carolee Schneeman and Oprah Winfrey, The Irresponsible Magician is replete with tales of admiration, disappointment, and opportunities that just don’t live up to the way we’ve imagined them. (Spoiler alert: Ed Harris makes a couple of appearances.) Yet it is a delight to read. As Christopher Schmidt at Bookforum described it, “The book’s signal feat is to take encounters of the awkward variety—unreciprocated attentions, a disappointing brush with an idol, having your life saved by a doctor who is later arrested for molesting his patients—and transform them into welcome gifts on the page.”

A cool hundred glossy pages that include photo essays as well as more traditional prose, Rutkoff’s volume is defined by her crisp, smart voice, and her fascinating mash-ups of high and low culture. 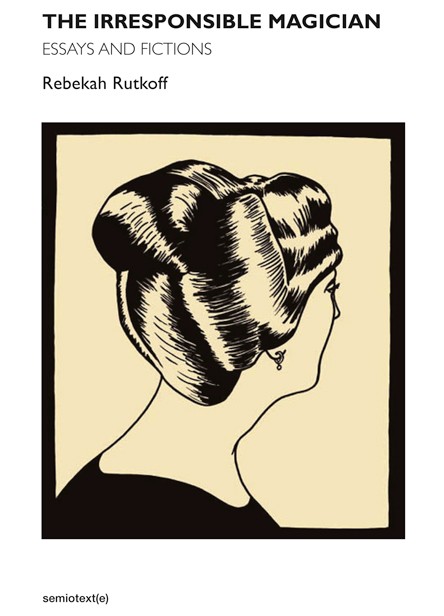