In this season of costume, masquerade, and re-crafted identity, there’s no better time to be reading Simon Reynolds’s new tome, Shock and Awe: Glam Rock and Its Legacy, from the Seventies to the Twenty-First Century. Zak—who started following Reynolds’s work with Rip It Up and Start Again, the author’s deep-dive into post-punk—pre-ordered the volume months ago, and has been working his way through its hefty 680+ pages since it landed on his doorstep last week.

Reynolds is the first to admit that he uses the titular label “glam” elastically, opting to follow the storylines and cast of characters along their winding courses. Included along the way are The Sensational Alex Harvey Band, Marc Bolan (T. Rex), David Bowie, and The Tubes as well as some more unexpected acts like Kraftwerk and Siouxsie Sioux. In the book, Reynolds makes the case that glam arose in response to the aching honesty of sixties’ folk, as well as shifting cultural attitudes of masculinity and an increasing awareness of self-image and media. Peppered in are biographical tidbits, like Marc Bolan’s interest in dandyism and claim that he lived with a French wizard, plus quotes from bands’ teenage fans and arcs into other relevant cultural characters like Oscar Wilde, John Waters, and Andy Warhol. The final chapter makes an interesting connection to present-day acts like Sia, Nicki Minaj, and Drake.

Reminding readers of the power of fame, persona, and fandom, Shock and Awe is a thrilling tour through the musical sorcery of seventies’ rock. Zak, who loves a good joyride, gives it a glittery seal of approval 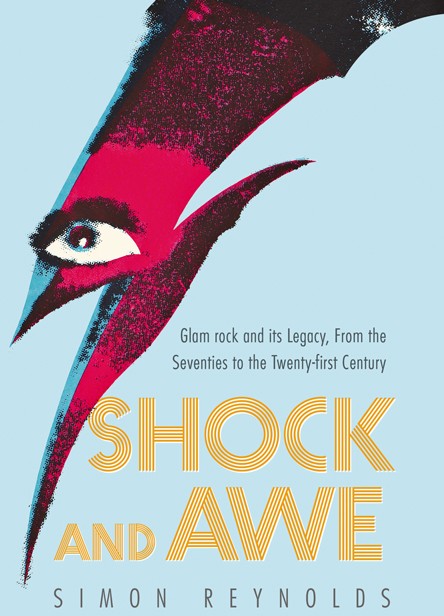