With major cannabis-related propositions on the ballot this week, the time has never been better to pick up Zak’s recommended reading for November: Marijuana: A Short History, by John Hudak. (Actually, make that Zak’s required reading.) Released last month, the brief volume—an easy weekend read—is an overview of cannabis use, culture, and legislation within the United States over the past century, leading up to the policy movements of 2016.

Hudak’s book, a fascinating tour through a shifting and nuanced landscape, covers the voices of support and dissent that have driven cannabis taxation, control, criminalization, medicalization, and legalization since 1906. Along the way are protagonists and villains, who vary from staunch antagonists to more positive permissives or even advocates: Teddy Roosevelt, Henry Anslinger, Mayor LaGuardia, Jimmy Carter, Nancy Reagan, Barney Frank, and many others. There are also major cultural touchstones that shift the conversation, like the 1980s AIDS crisis, when the medical value of cannabis became more widely recognized. Hudak also acknowledges the ways that cannabis has been conflated with latent racist sentiment, including anxiety over Mexican immigration in the early twentieth century. Exploring the plant’s path to legalization, and the potential future of legislation, Hudak brings the reader into the present day, with an eye on tomorrow.
A straightforward, concise account of America’s relationship with cannabis at personal, cultural, and political scales, Marijuana: A Short History is a thoughtful and informative crash-course in the nation’s most hotly debated plant. Spend a few hours cozied up with it—and maybe with Zak, too—and we promise, you’ll feel enlightened.
__ 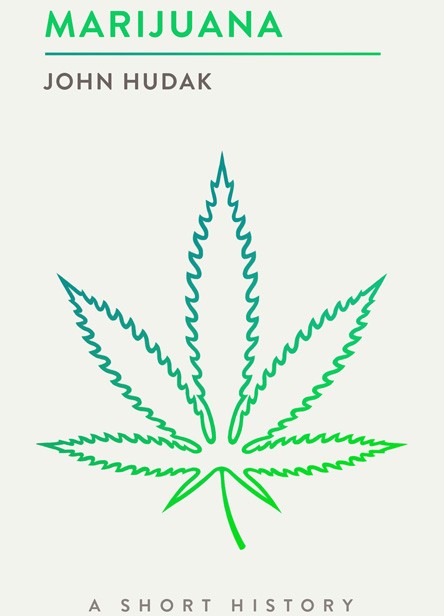